How Was Your Weekend? 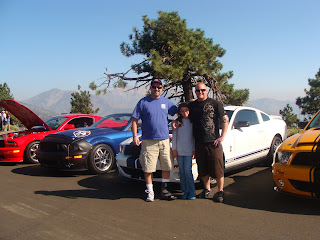 I don't usually go into monologues about my weekend, but this one was crazy.

I had it planned, Saturday was going to be golden. I was going to write like the wind, crank up my word count and generally bury myself at my keyboard. My older daughter had soccer clinic in the morning and my husband had a car rally. My daughter wanted to go so I said I would go ahead and meet the rally at their first stopping point and drop her off. Saturday night was also my nephews' birthday party and their mom asked if my other two kids could come over early. Even better.

Soccer clinic coach said clinic would be over an hour earlier than planned so I went ahead and went to pick up my daughter an hour early. Nope, they weren't done. I could have writing for that hour. I didn't bother bringing anything to read so it was frustrating. But hey, I was going to have the afternoon. Got my daughter home and ready and told my other kids to get ready as well because after I dropped of their sister it would be close to time to drop them off.

Off we go in the convertible. Beautiful weather for a quick jaunt into the mountains. Of course there is an accident on the freeway so we were stuck for awhile. But it was okay, once we got passed the accident we had plenty of time. We get off the freeway and head up the mountain road. And we keep going...and going...and going.... I had thought the restaurant the car club was meeting at was about 14 miles in. But we were still climbing. Son asks "how much gas do we have?"

Yeah, I was at about an 1/8th of a tank and still hadn't reached our destination. Oh, and there was no cell service. I'm about to turn around when we spy a ranger station. I ask the ranger where this restaurant is and he tells me I could walk to it from where we are. Anyway, we head to the restaurant and of course beat the car club by a half hour. Finally they show. My kids are hungry, it is well past lunch but they are too irritated to stay. I hand over my kid to my husband we take off. And I find out we have gone 28 miles. We have to go back another 28 miles to reach the gas station. So with many prayers, we head back down the mountain. Luckily, it is down hill. My son is scared of mountain roads while his sister loves them so it was an interesting drive. I'm trying not to use gas so I'm using physics to keep this car going. Anyway, we did make with probably a lot more gas to spare, but I don't like that feeling. We fill up and I head back to my in laws' house with the kids. And of course we hit traffic.

By the way, did you know you can get sunburned in a convertible?

I got the kids dropped off, got home and it was after 4:30. I had to be back at my SIL's at 6. My golden day was toast. Don't you hate when that happens? Yesterday was a little easier and I got some writing done. My daughter had a planned sleepover with a friend. Another friend called and she got invited over as well, so I have three 5th grade girls over right now. I'm taking them to an amusement park, so I guess writing is on hold today.

So how was your weekend?
Posted by Rene at 8:35 AM