He Loves You for Your Mind 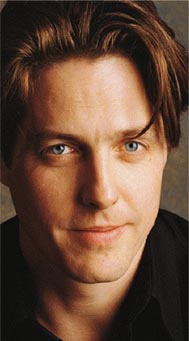 He dominates the current romantic comedy movie these days. He's funny, cute, a good dresser and the last man the heroine has any idea she is attracted to.

Hugh Grant has made a living playing this same character over and over again. The Beta hero is the guy your mom wanted you to date while you were busy lusting after the Alpha.

He doesn't need to solve a problem with a gun or sword. His weapons tend to be his intellect and his savvy. But like his Alpha brother, he has his deep wounds which require a heroine's touch to heal. He just deals with them differently.

I like writing Betas myself. I wrote a good Beta who happened to be a vampire. Even though he should have a violent nature, he found he had no real stomach for it. When he seeks revenge, he has a breakdown afterwards because he had no taste for it. It wasn't the exciting moment he thought it would be. It didn't make him a wimp, but showed him how he was different from others and eventually how the heroine was the perfect mate for him.

I admire people who use their brains for problems. That isn't to say I don't enjoy the brute who comes in blasting. But for writing purposes, I tend to enjoy the challenge of wrting a man who pursues his goals strictly from a mental stand point.

Do you like Betas? What would you say about them?

And if you really want a chuckle, check out Brawny's Innocent Escapes. This guy is beyond Beta. It is so funny.